A story I wrote back in 2010 that has become revalidated by the times we are now living. Granted real science has come a long way in validating the coming Ice Age since the time this was written. After all, my works center around my visions and the oral history of my people….Buffalohair 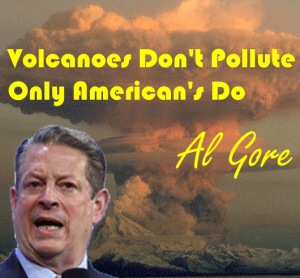 Look, up in the air. It’s a bird; it’s a plane it’s hmm. Whatever it is, it’s whizzing around at approximately *90 millions away and scientists don’t have a clue what it is. Since we’ve entered into a much more tumultuous phase of Earth Changes it’s not surprising that science is finding it harder and harder to explain things they truly do not understand. From a tribal perspective, it’s time to break out the lawn chairs because the show is about to get better.

The realities of the times we live dictate that more astronomical events will take center stage in the future. Eventually may people will begin to panic as more such objects, crafts or beings make their presents known. Earth born anomalies have also begun to occur as Ma Earth prepares for her polar shift. Planetary alignments will yield a bounty of unexplainable events to the chagrin of our pocket protector wearing sleuths from the scientific communities around the world. Ironically corporatists will also find a way to capitalize on these events like they have with global warming.

Politicians should be preparing their citizenry for the coming catastrophes not capitalizing on them. The reality of global warming and acidification of the ocean lay in volcanism along the 40,000 rift that separates the tectonic plates of the Earth. The warming of the sun by 2 degrees Celsius also played into the mix. Other planets experienced the shrinking of their polar caps at the very same time Earth did but scientists managed to come up with a host of excuses as to way it all was just a coincidence.

The real news about the environment should have been the fact volcanoes continue to erupt like never before in recorded history. They are dumping trillions of tons of poisonous deadly gases into the environment almost daily making mans contribution as indistinguishable as a grain of sand in a world of beaches. **Kilauea volcano of Hawaii has continued to erupt spewing trillions and trillions of tons of sulfur dioxide and carbon dioxide into the ozone since 1983. The list of volcanic eruptions is reaching astronomical proportions with barely a peep from so call scientists.

It is funny how the elite class is stockpiling their underground shelters with sustenance around the world though. There are some very large and complex shelters around the country paid for with taxpayer dollars and we the people will not be invited when the time comes, but that’s another story. Instead, the public is painted a Polly Anna picture of Earth Changes and how man can “save” the planet. At least the elite class is preparing but sadly the doors to their shelters will be locked to the likes of us. Funny part of all this is what was said in a vision, “their sanctuary will be their tomb”, so maybe we will have the last laugh anyway.

History has already suggested that many civilizations have perished from global climate shifts that were directly related to ***volcanic activity that altered the climate. Other astronomical events have also caused cataclysmic events that also altered the course of human history and there were no diesels or coal fired furnaces on the planet to blame. The Little Ice Age from 1600 to 1800 was only a precursor to the events that lay ahead yet scientists have become alchemists by turning natural events into gold by siding with billionaire investors such as George Soros, Warren Buffet and Al Gore who’ve invested billions on the climatic scam of the century. Scientists need to grow a “pair” and stand behind their research rather than be patsies in political rhetoric. Like it or not, this is all a scam and the public will suffer needlessly by not being informed of the truth so they can prepare.

What really gets my goat are the eclectic Earther’s who march on the axiom of ancient prophesies of Earth Change then contradict themselves by placing blame on man. It’s either prophesies or it’s not for we can not have it both ways ideologically. The outcome was also prophesized and nowhere did they make mention man would find a cure and alter destiny. I know within my tradition and visions that mankind is absolutely powerless to alter the cycles of Ma Earth, plain and simple. Rather than line the pockets of the same players who continue to lie to the public we should be preparing for climate change and a host of other anomalies that will soon overwhelm humanity.

The disaster in Haiti is only a precursor of things to come for no place on Earth will be untouched by change. Scientists will soon learn that chemistry can change in ways they never thought possible. Now that science has merged with politics the truth will evade the public’s ear as scientists, turn alchemists, try to convert global change into gold for a select few and that’s the bottom line, lock stock and tomahawk.

Foot Note: Sadly Haiti was not only the victim of a natural disaster, later it was learned The Clinton Foundation stole $6 Billion in aid money destined to the impoverished people of Haiti who were in desperate need. As mentioned earlier, real science discovered other anomalous space activities that play a key role min the Earth’s climate. But predictable, truth is not profitable and people will die in the very near future because of simple greed.

This site uses Akismet to reduce spam. Learn how your comment data is processed.

Buffalohair Gazette Archives By The Month